Big up to Marcus Brent


7 replies to this topic Daniella's WHITE boyfriend even dumped her after the whole BB thing, but the lovely Afrikan conscious footballer offered her a shoulder (and black mandingo dick) to cry on.

Daniella's WHITE boyfriend even dumped her after the whole BB thing, but the lovely Afrikan conscious footballer offered her a shoulder (and black mandingo dick) to cry on.

Erm ... your being sarcastic right? Please tell me you are otherwise i really have missed something why are we bigging up this fool who is clearly in line for a nice case of genital warts? Celebrity genital warts at that!

Beauty Dani, who is recovering after a painful breast operation, ended her two-month fling with Charltonâs Marcus Bent.

He bedded a blonde air hostess while brave Dani went through two gruelling ops in a fortnight.

Now the model, who used to date England star Teddy Sheringham, has ditched Bent and sworn she will never be a WAG again.

Speaking about her latest heart-break Dani said: Ã¢â¬ÅIâve spoken to Marcus and itâs true. Iâm obviously very disappointed with him and itâs gutting. Boys will be boys and footballers are the worst boys of all. I guess now itâs definitely no more footballers for me.

Ã¢â¬ÅBut I wonât let this set me back. I am going to enjoy being single and happy again and spend some time with my mates.Ã¢â¬Â

Last night Dani decided to put her latest torment behind her for a night on the tiles with her gal pals.

She dressed up in her glad rags and enjoyed being single and flirty during the girly evening out.

Marcus, 28, has been Daniâs rock during her latest cancer scare in the last few weeks. She had to have a potentially dangerous lump removed from her breast.
But while Marcus was standing by Daniâs side he was also bedding air hostess Kirsty Fisher, 33.

He was caught red-handed having an affair with the mum-of-one last month and has bombarded her with steamy text messages.

They even had a secret date at the Lowry Hotel, Salford, Manchester, the night before Charltonâs match against Blackburn last week.

Kirsty even gave Marcus an emotional ultimatum, telling him to choose between her and Dani.

The latest heartache is the second time sizzling hot Scouser Dani, 23, has been cheated on by a footballer. The former Miss Great Britain previously dated West Ham ace Teddy, 41, for a year.

They broke up after she came out of the Celebrity Big Brother house in January to rumours he had also slept with someone else.

But this time Dani, who has been pals with Marcus for years, wants to try and rescue the friendship.

She added: Ã¢â¬ÅWeâve been mates a long time, and thatâs whatâs important. Weâll try and save that and see if we can carry on as we were before we became close.

Ã¢â¬ÅHeâs been a great support while Iâve been through everything.Ã¢â¬Â


Funny how unstable these African/european 'unions' are. 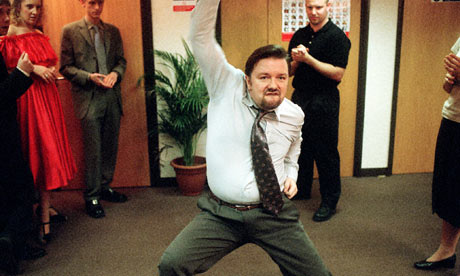 ... we'd be better off with David Brent

Former Premier League footballer Marcus Bent has been given a suspended 12-month prison sentence after admitting affray and possession of cocaine ..." "One of the officers Tasered Bent (pictured above in 2007) as he swung the knives in their direction, saying he could see the intruders."